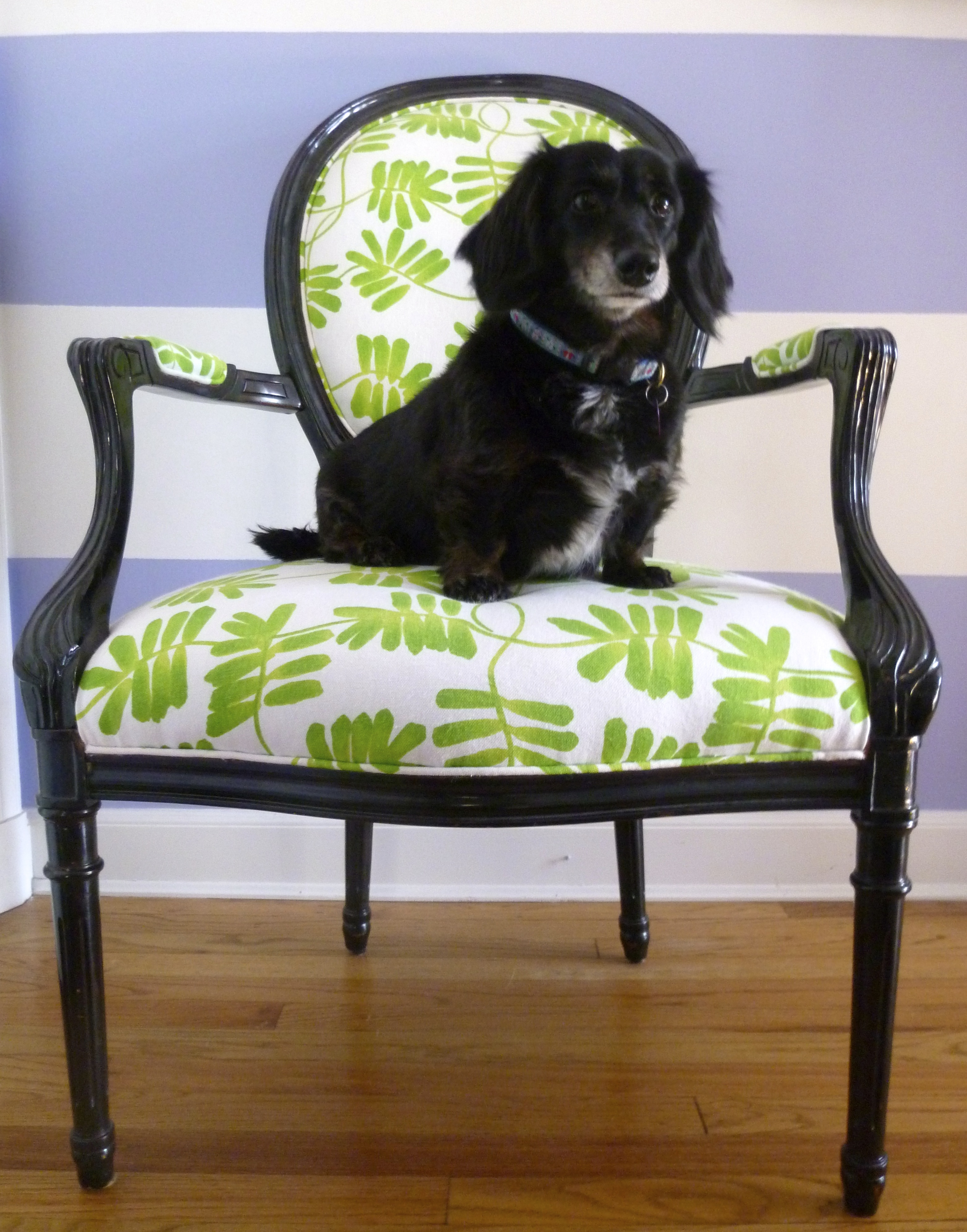 The master bedroom was the absolute last room in our house to be decorated.  I had zero inspiration, no idea how I wanted it to look.  Our ragged white matelasse bedspread and hand-me-down oriental rug taunted me in that room for over a year after we moved in.  As dreary as that was, I couldn’t muster up a single idea. 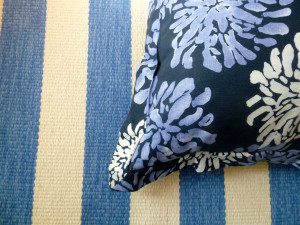 Walking by Seacloth, a great store in Greenwich, a periwinkle, navy and white fabric called “Gypsy Bloom” called to me from their window.  There was my inspiration for the bedroom. 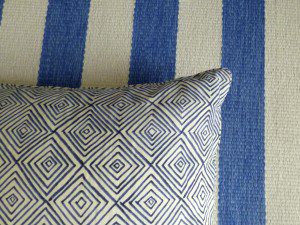 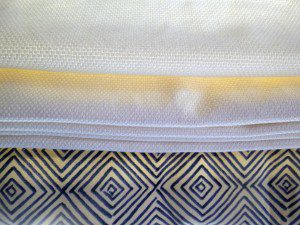 We used “Gypsy Bloom” for the bedskirt and two large flanged pillow shams, establishing the colors in the room.  I chose two additional Seacloth fabrics for roman shades and two accent pillows for the bed.  A navy graphic print called “Facet” was perfect for the pillows and the band across the bottom of the romans.  A textured cream fabric was used for the rest of the roman shades. 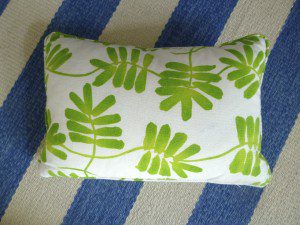 I was drawn to this lime green pattern called “Lush Leaf,” also from Seacloth, and made it the accent color in the room. 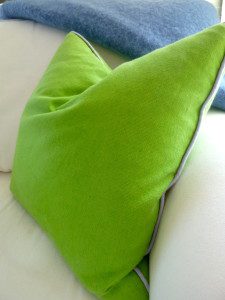 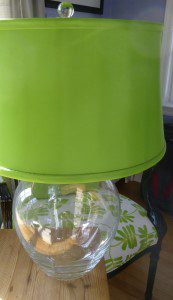 Lime green was used for a pillow on our white bedroom club chair (from IKEA) and for the lampshade on an old Simon Pearce lamp we had lying around. 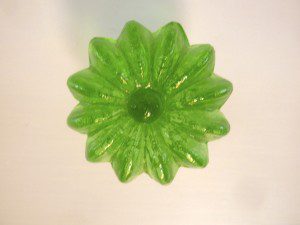 I found adorable green knobs at Anthropologie for a bureau in the room. 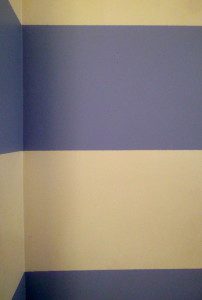 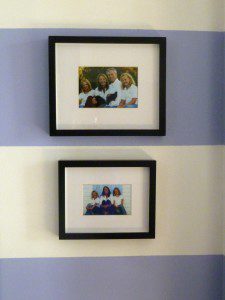 I went a little crazy with stripes…..  I painted the bedroom walls Benjamin Moore #828 and did big horizontal stripes in a small entryway on the way into the master bedroom. 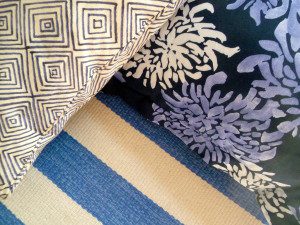 I went for stripes in the area rug too!  By now my husband’s eyeballs were popping out, so I swapped the old, dingy white matelasse bedspread for a brand new one to tone down the color in the room.   It also saved me the cost of yards and yards of fabric to do a custom duvet cover. 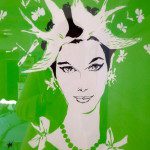 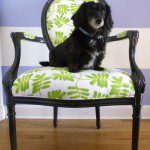 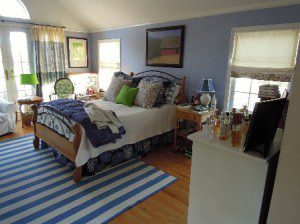