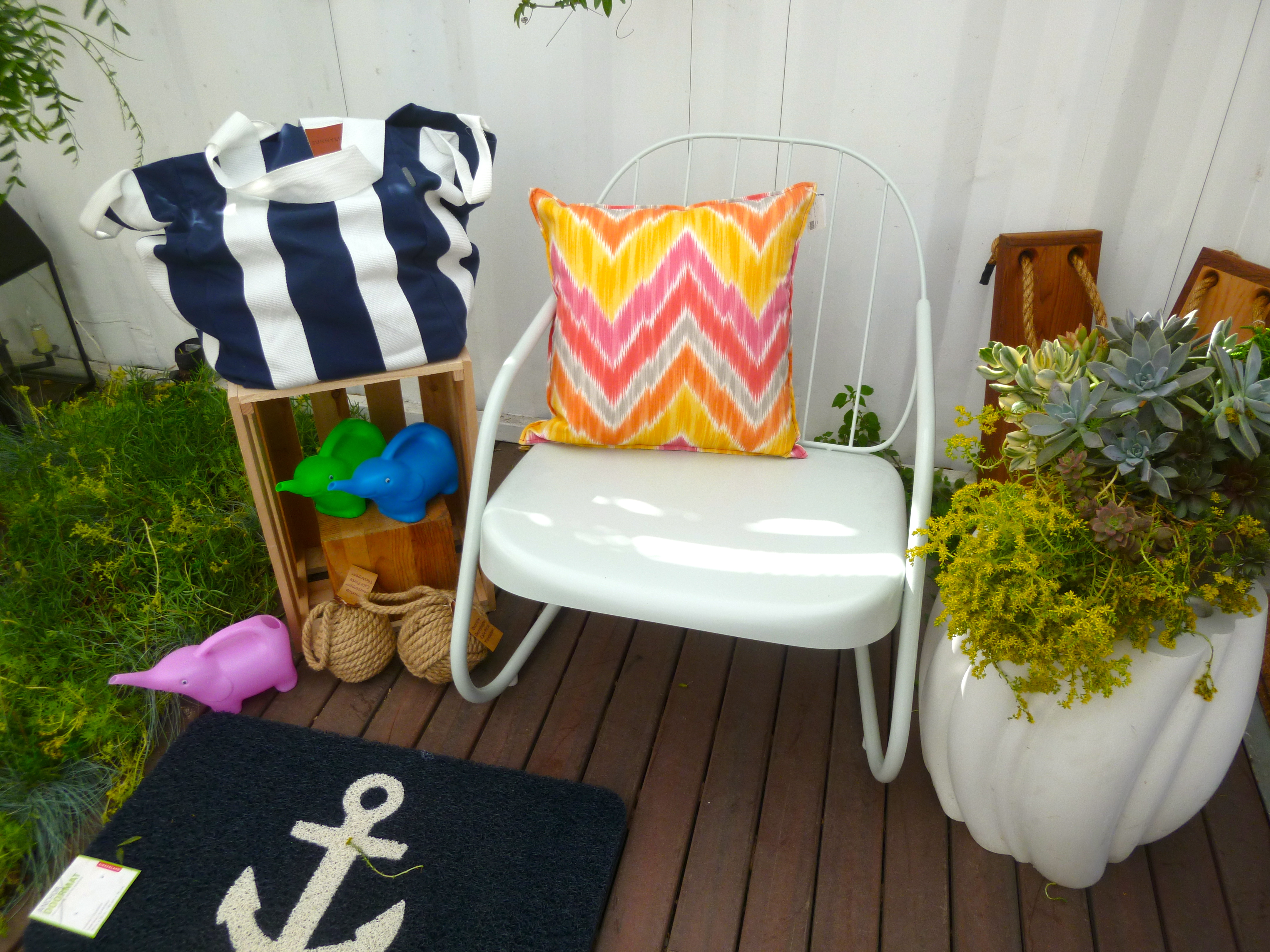 Abbot Kinney is one of my favorite streets in LA.  I discovered it in 1994 when I was pregnant with our daughter.  Avoiding traffic on the highways, I took surface streets to get to my OB from Manhattan Beach.  Culver Blvd to Lincoln Blvd, left on Washington, all the way across Abbot Kinney, a right onto Main Street and into Santa Monica.  Hal’s and Joe’s restaurants were on Abbot Kinney back then (and still are) in addition to some yoga places and a few stores.  Not a lot in those days.  A grittier version of Venice.  But that has changed! 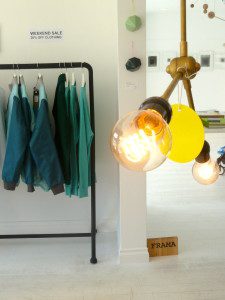 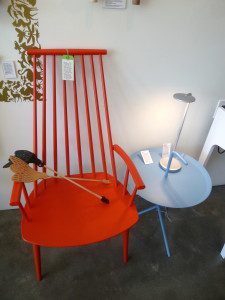 Indie retailers and a great stretch of home design and gift stores have opened up on Abbot Kinney. 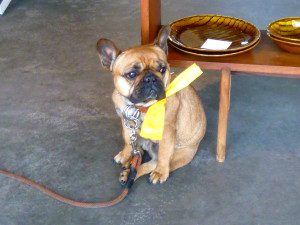 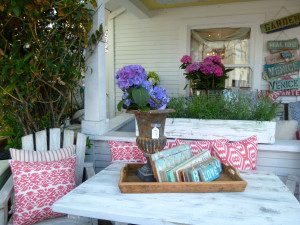 Chariots on Fire had this adorable dog in the doorway, and Tumbleweed and Dandelion displayed graphic prints and hydrangeas. 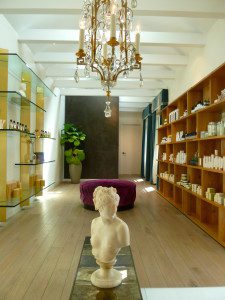 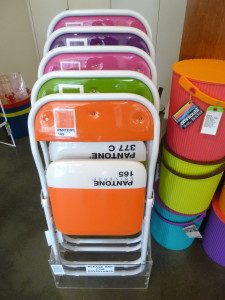 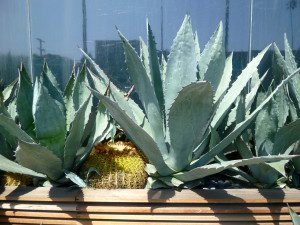 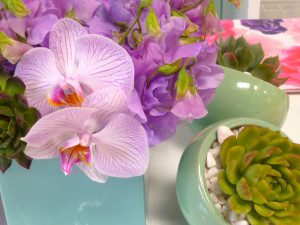 Flowers are everywhere!  In doorways, window boxes, in stores… 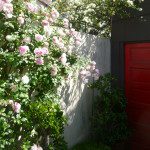 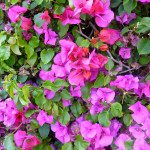 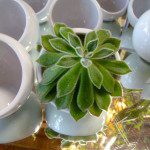 It is a great place to spot celebrities.  Last trip, we ran into Brittany Snow.  This time, we saw Taran Killam from SNL.  Autograph (or selfie) jackpot! 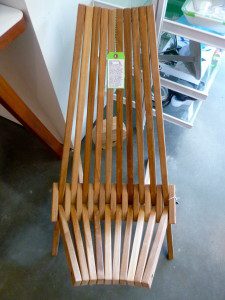 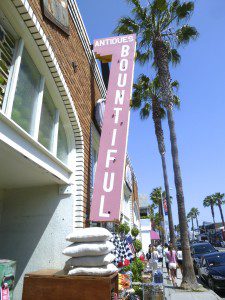 The whole street is not even a mile long.  It is a feast for the eyes with great people watching and store after store that I want to go into. 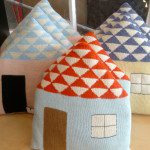 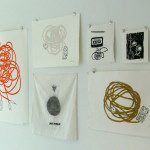 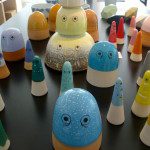 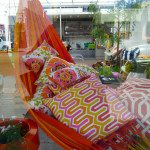 There are some fabulous restaurants on Abbot Kinney.  Tasting Kitchen, Gjelina, Abbot’s Pizza, Axe and, our old favorite, Joe’s to name a few. 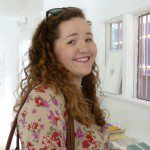 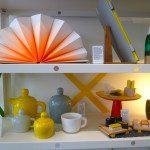 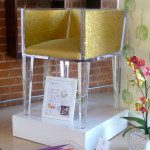 We were visiting LA under the guise of looking at colleges…  But Grace and I found a good two hours to leisurely spend on Abbot Kinney wandering in and out of stores. 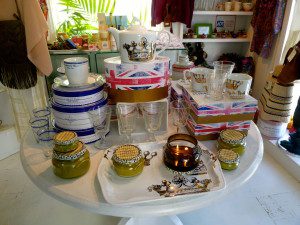 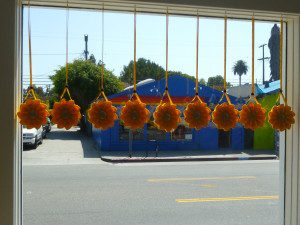 You (meaning me) basically want to buy everything.  It was hard to get me off Abbot Kinney, but the bribe of a delicious snack and a granita at Urth Caffe on Main Street in Santa Monica got me behind the wheel. 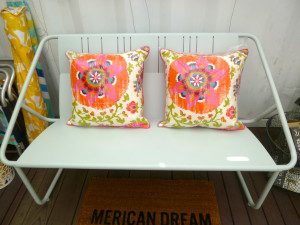 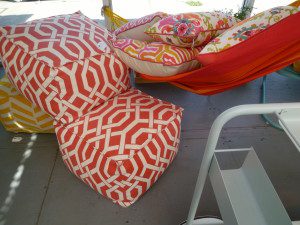 For any Urth Caffe fans ~ the first Urth was right around the corner from our house in Manhattan Beach.  A tiny, rented storefront in the early 1990’s.  Manhattan Mudd coffee is named after this location.  I was there every morning before my commute to Beverly Hills, giant Manhattan Mudd in hand.  We love visiting them every time we come to LA!  Any other Urth Caffe fans out there? 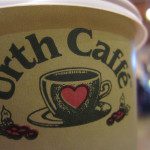 Rhino Has An Adventure

The Wry Home is selling its Rye...

Love urth cafe – Caleigh and I discovered a few years back when we were visiting pals on south rodeo. Caleigh loves la and wants to live there some day but decided too far for college…. Next time putting this street on our list after decades and the melrose flea market!

Melrose is okay but the ROSE BOWL is the mother of all fleas in SoCal. I think it’s every 2nd Sunday. If you’re in NorCal, it’s the Alameda Flea every 1st Sunday. Dealers (who are worth their salt) tend to go to these 2 big ones and maybe Sacramento once in a while.

Thank you! I am not an expert on flea markets, but have heard the Rose Bowl is amazing. Wish I still lived out there…