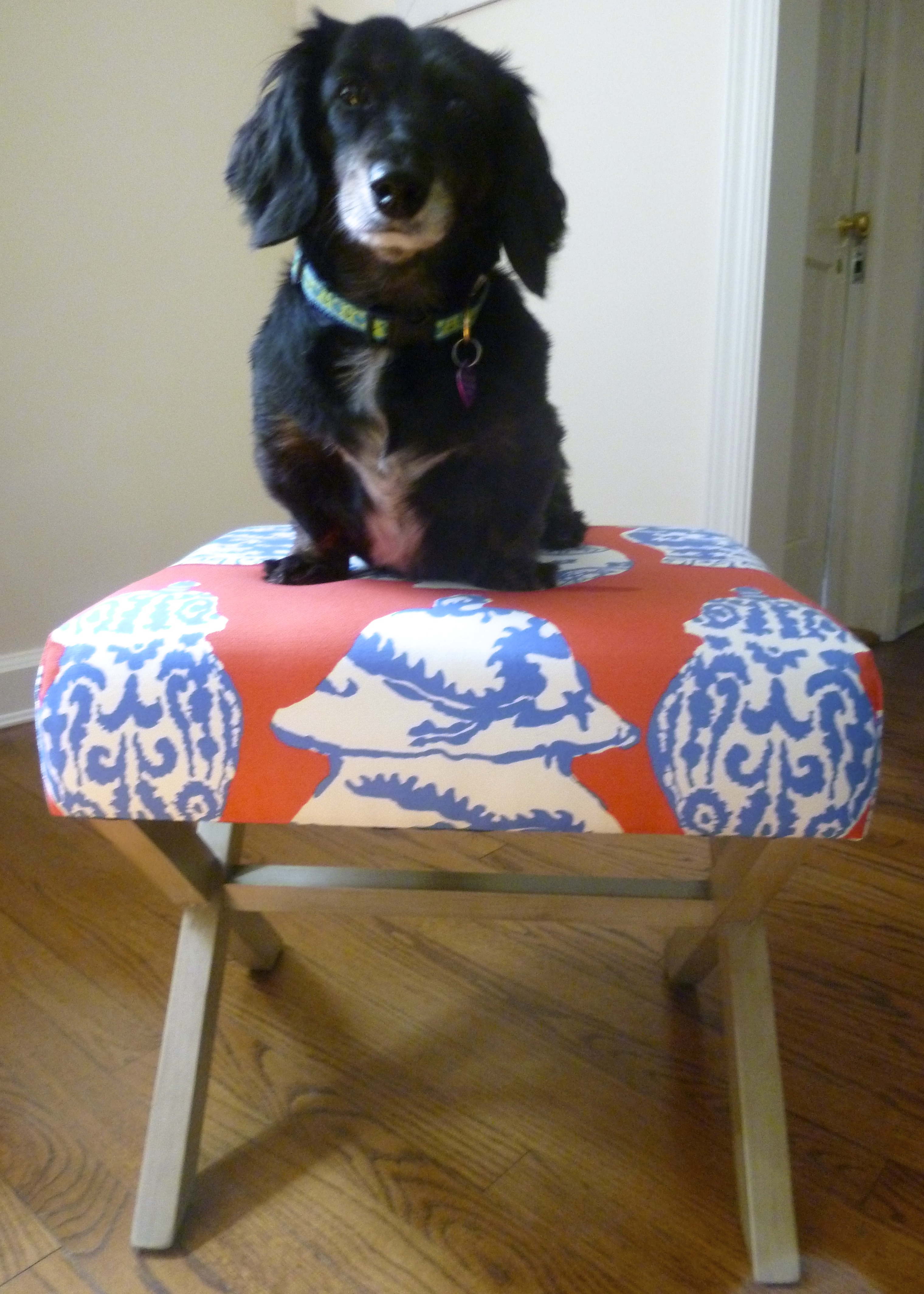 I am amazed that the first week of August is over.  Soon I will be drowning in college shopping and begging the nurse at the pediatrician’s office to let my youngest in for her annual back-to-school physical that I forgot to schedule. 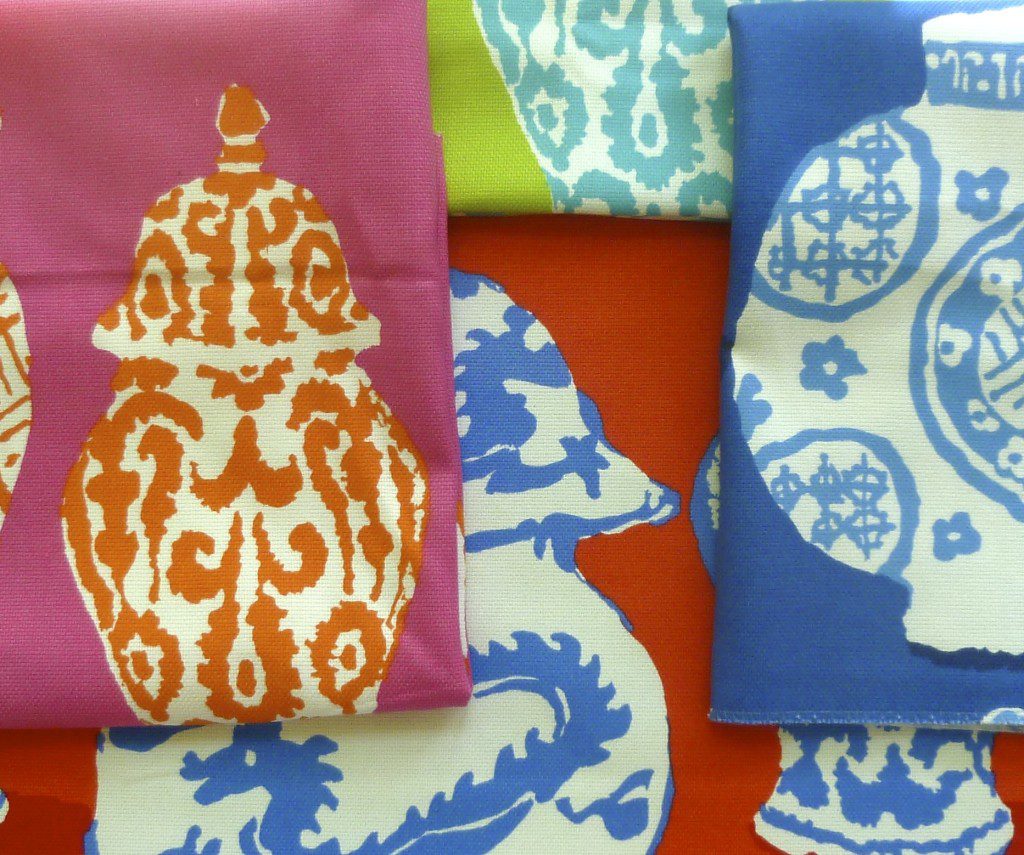 I did do a few constructive things this summer.  In my Summer Fabrics post this June (see here), I found some bright and beachy fabrics that I loved and used ~ 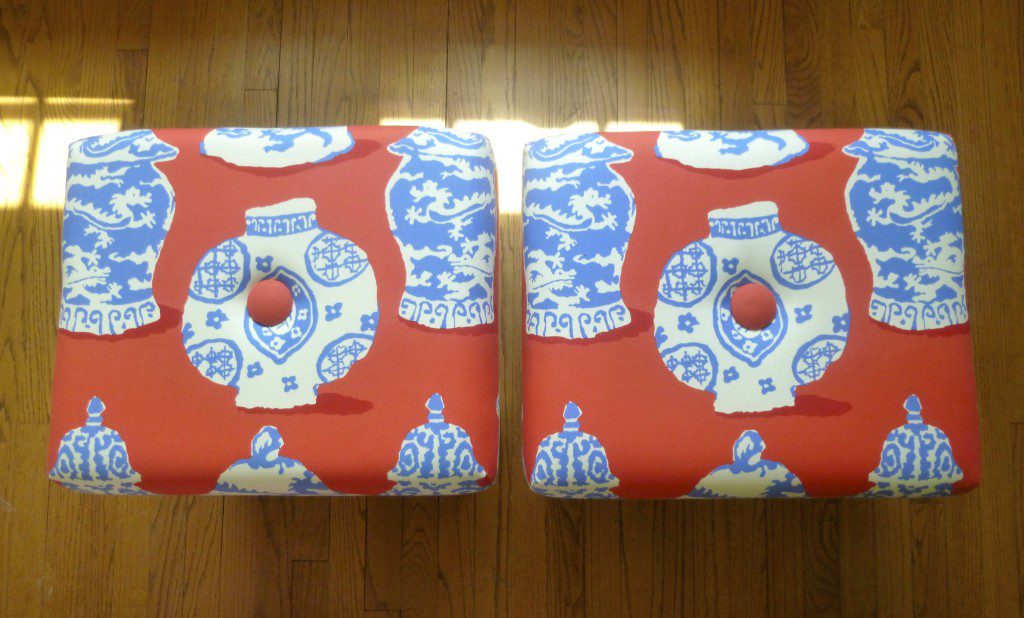 I recovered two x-stools from Target, in my FAVE Stoheim “Canton” coral and blue fabric. 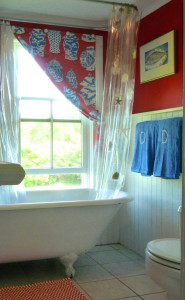 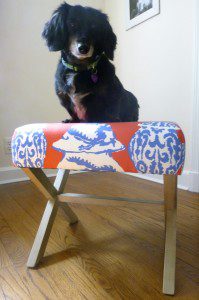 And made a beach bathroom curtain out of it too. 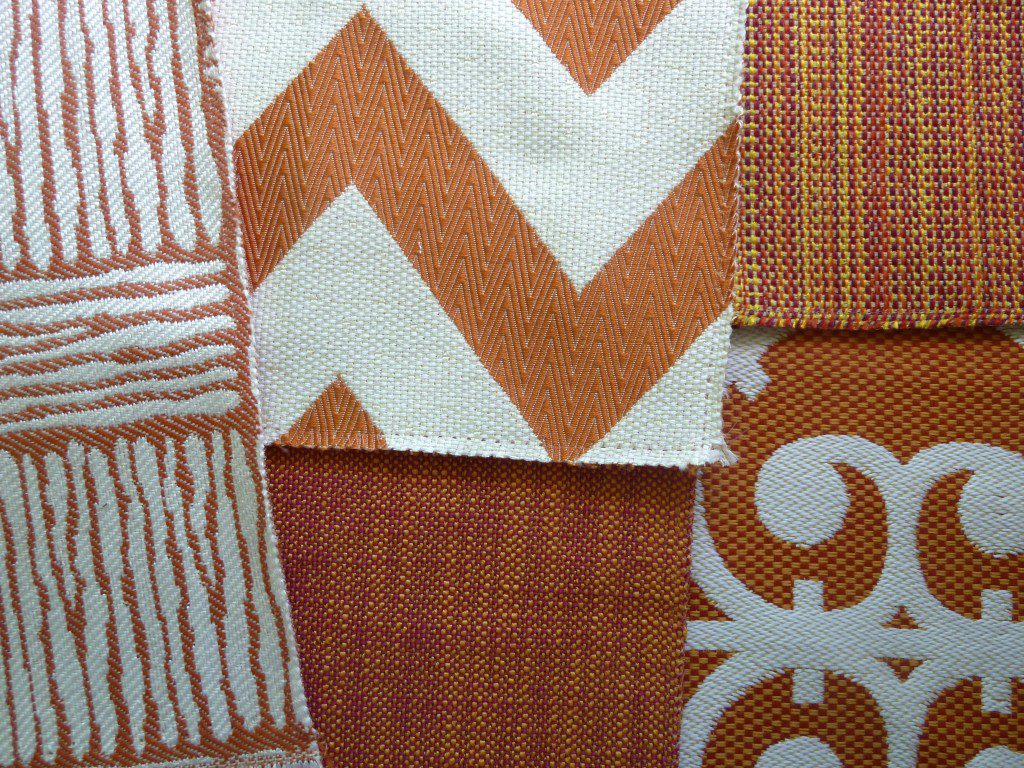 I have been in a huge orange phase.  Using it everywhere! 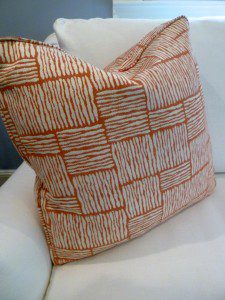 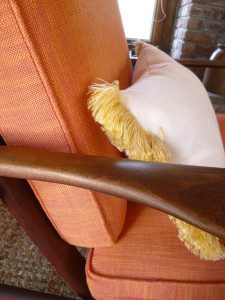 I made pillows in an orange Duralee stripe and recovered chairs in a Jonathan Adler orange solid. 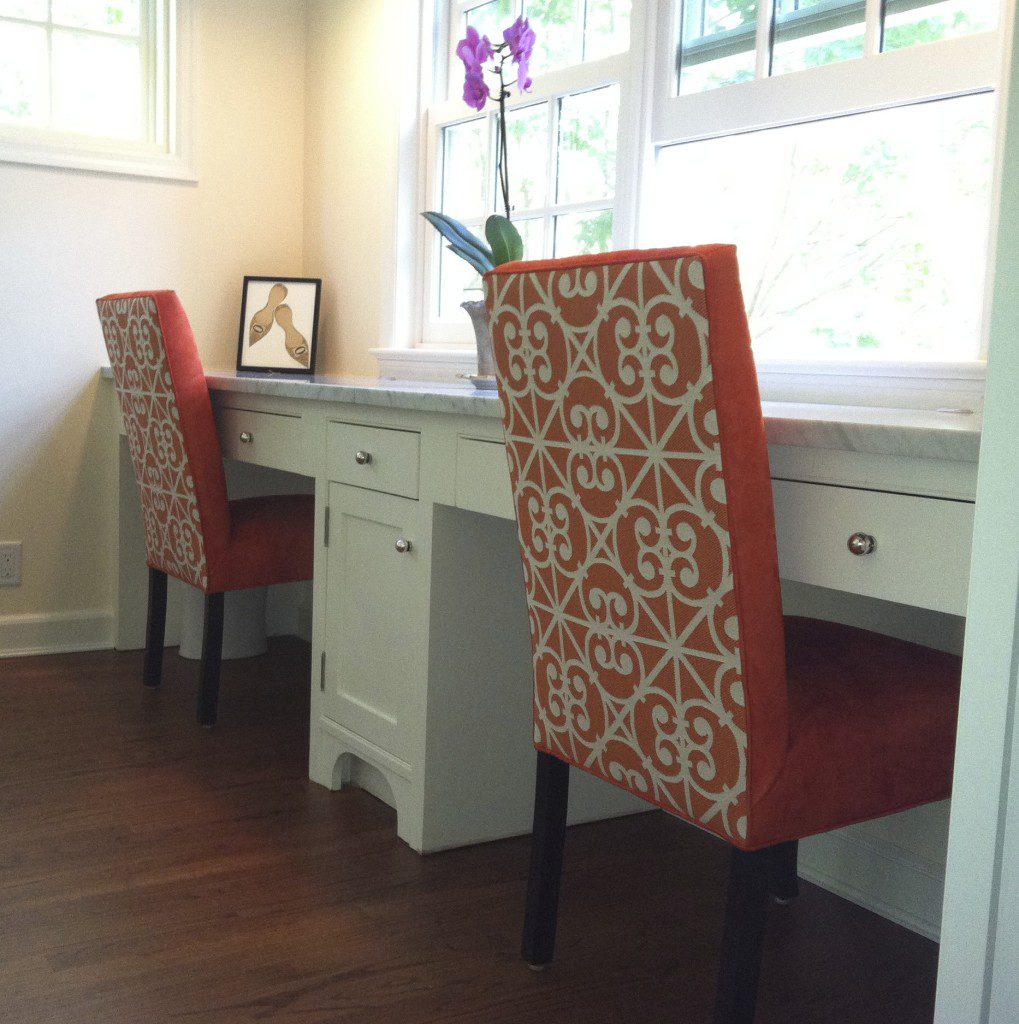 I spruced up old parsons chairs with an orange ultra suede, then backed them with a Duralee print. 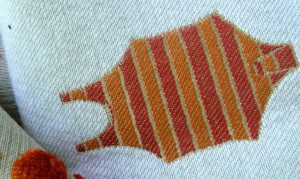 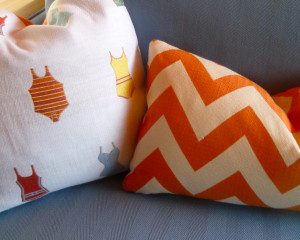 I added new pillows to a Fire Island home in a Robert Allen bathing suit pattern and an orange chevron stripe. 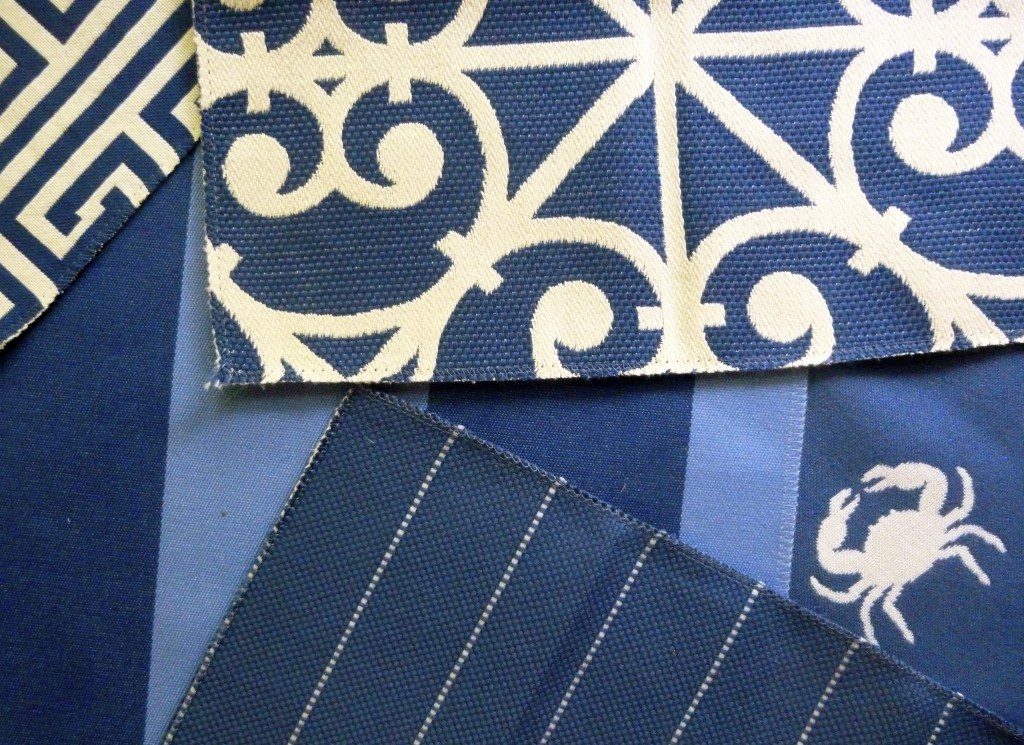 A navy crab fabric with… 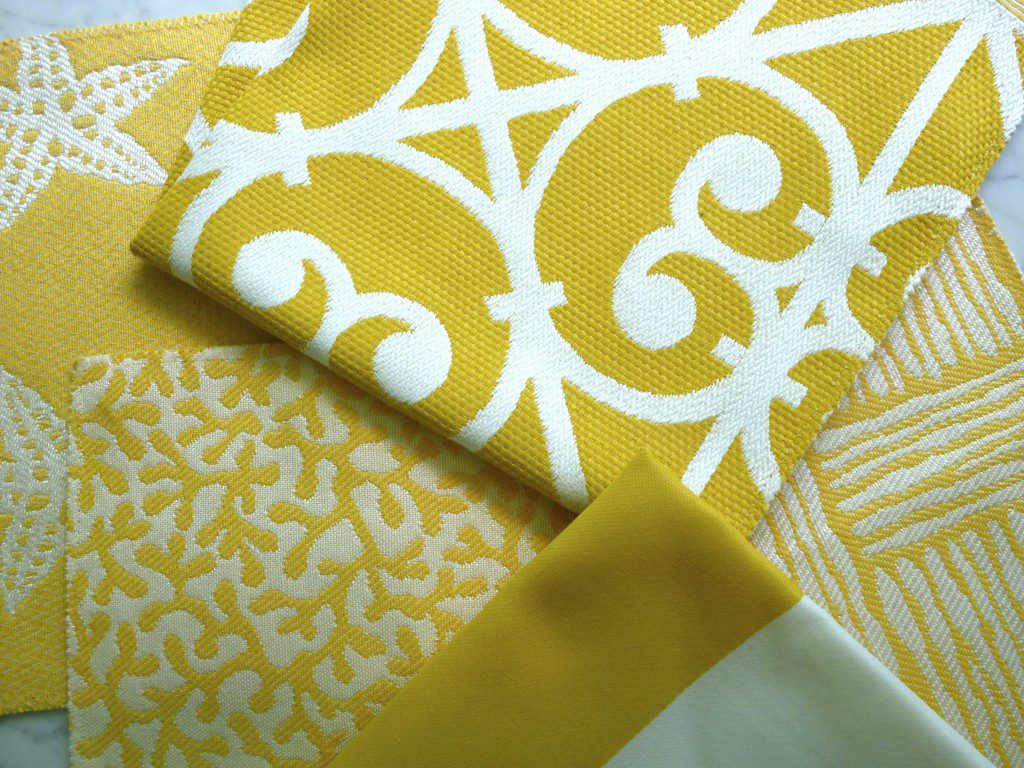 a wide yellow and white stripe… 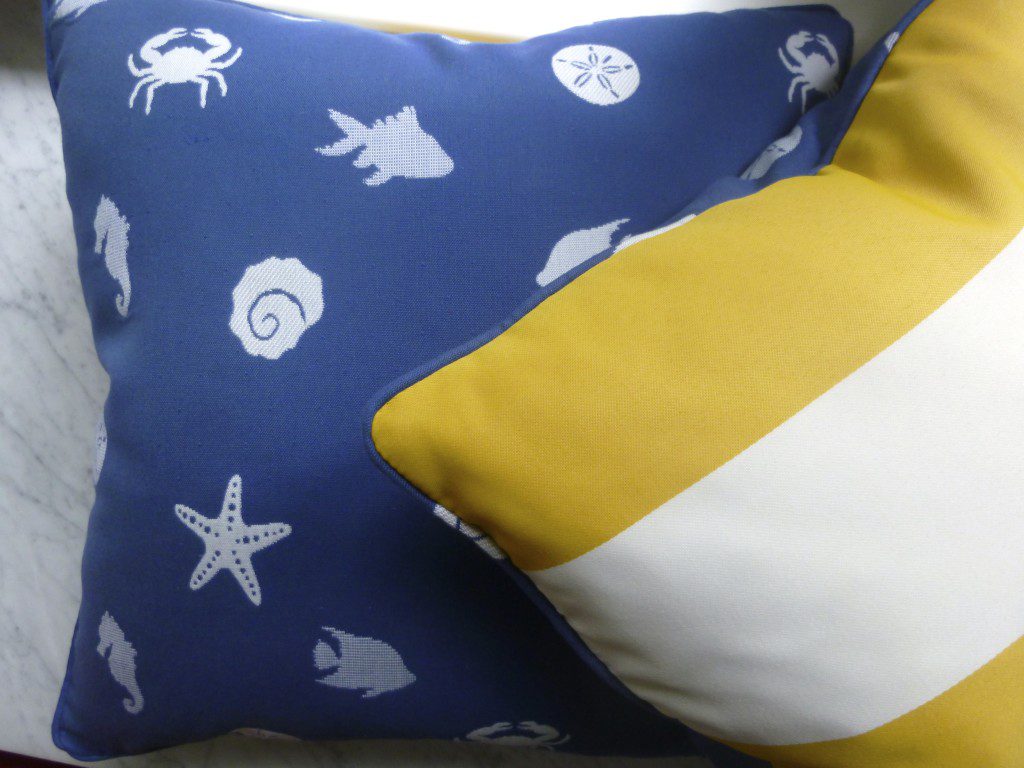 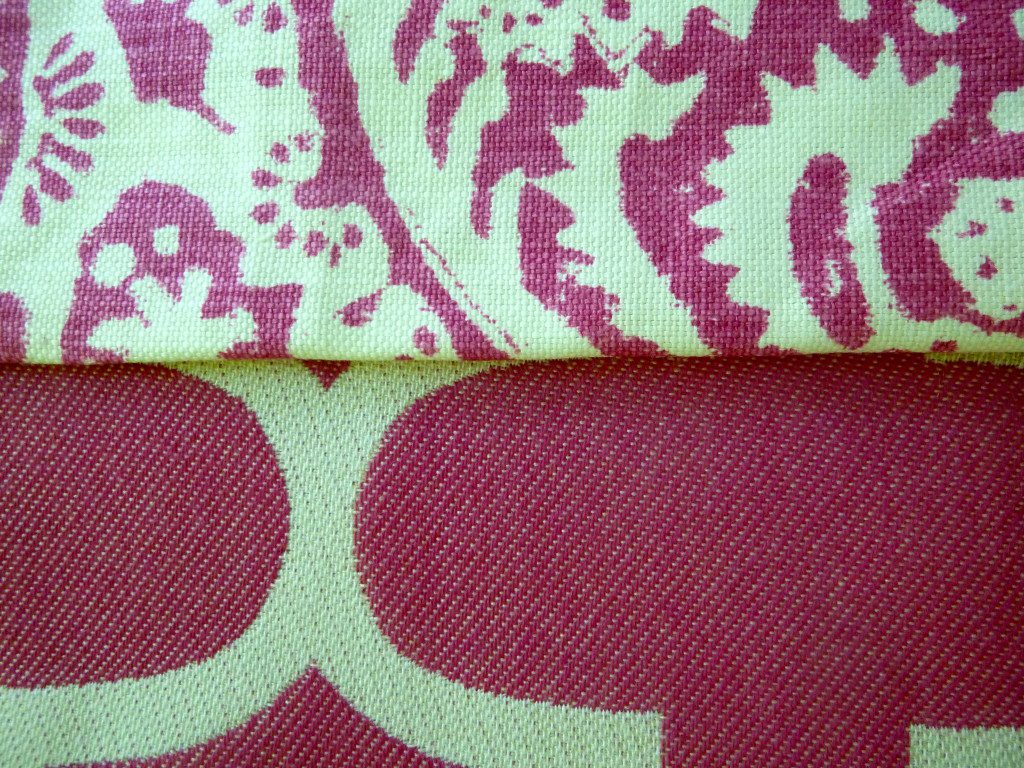 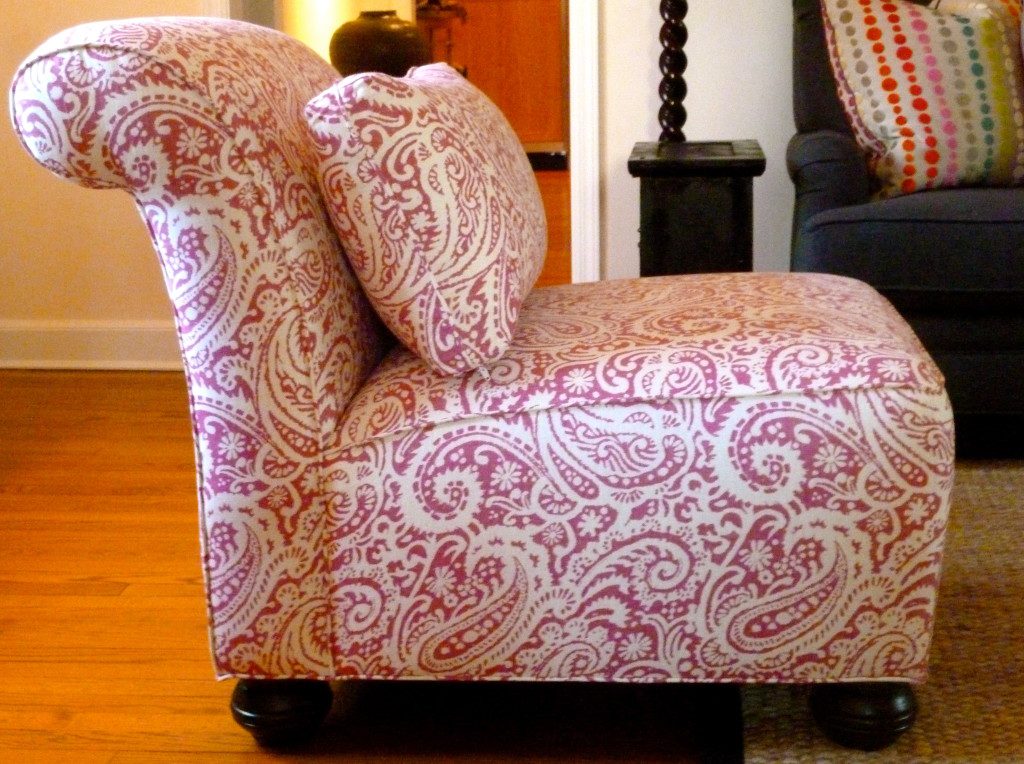 I recovered two slipper chairs with this Kravet pink paisley, 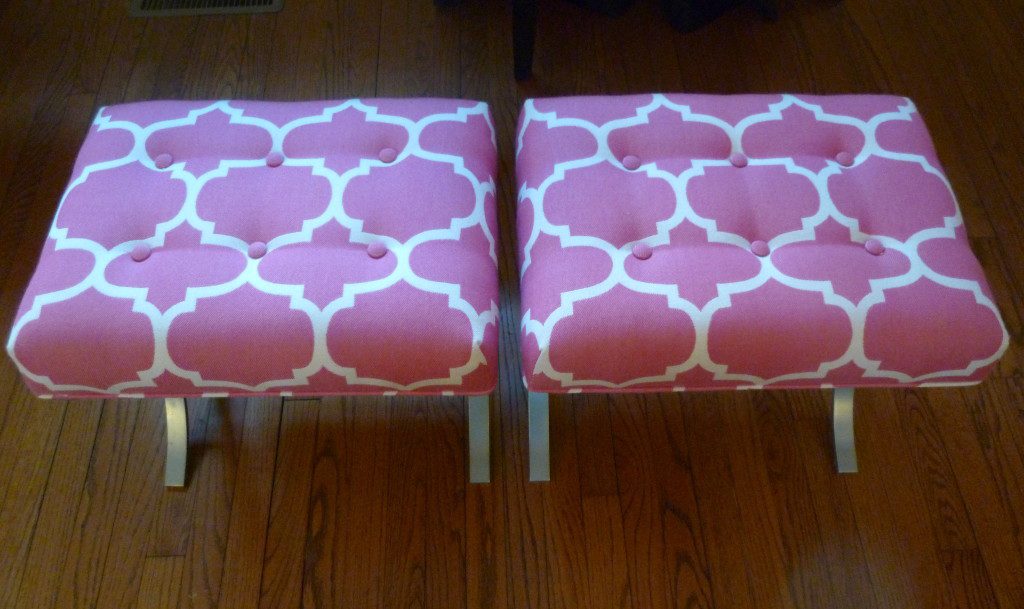 and used a pink geometric on two x-stools for additional seating in a living room. 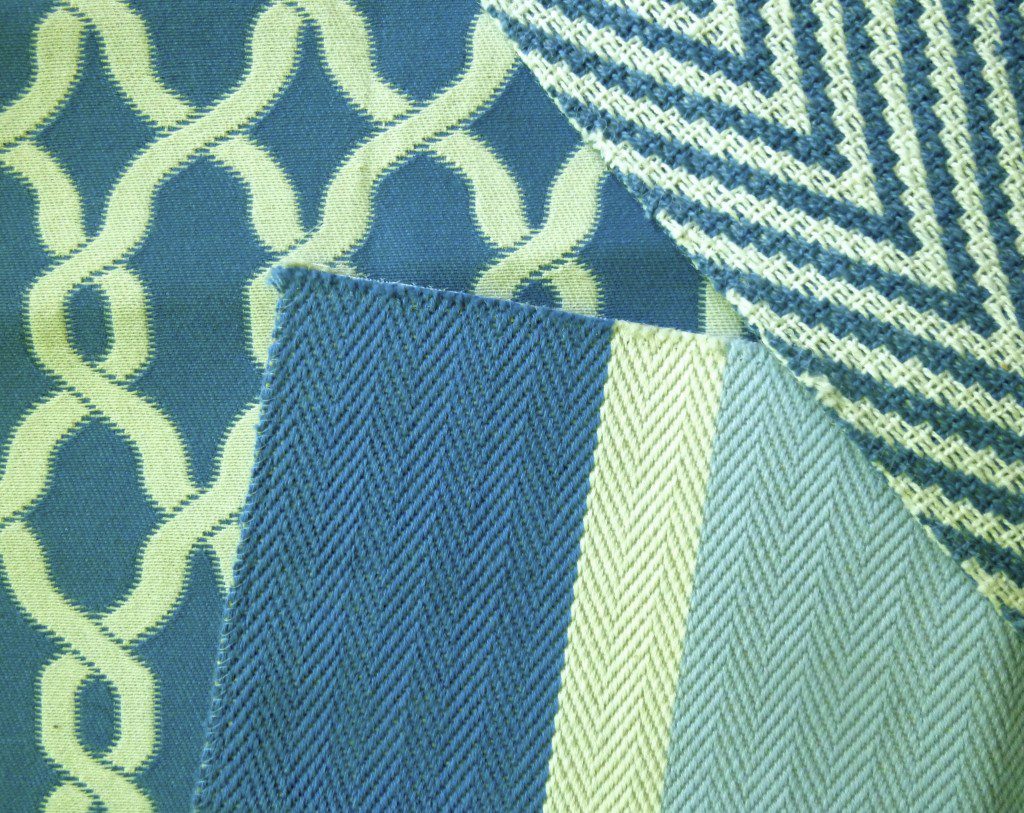 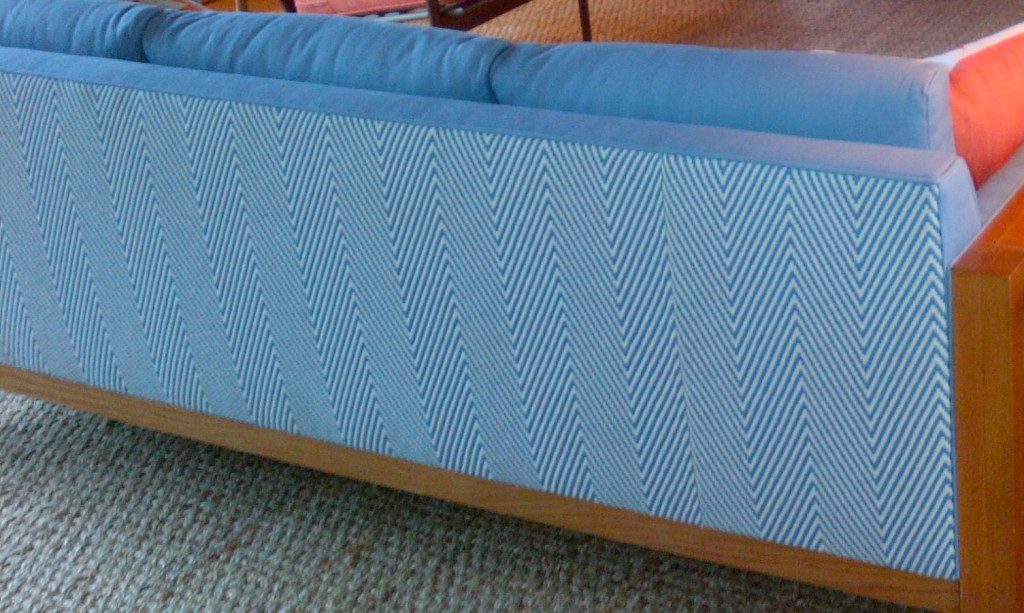 looks adorable on the back of two couches. 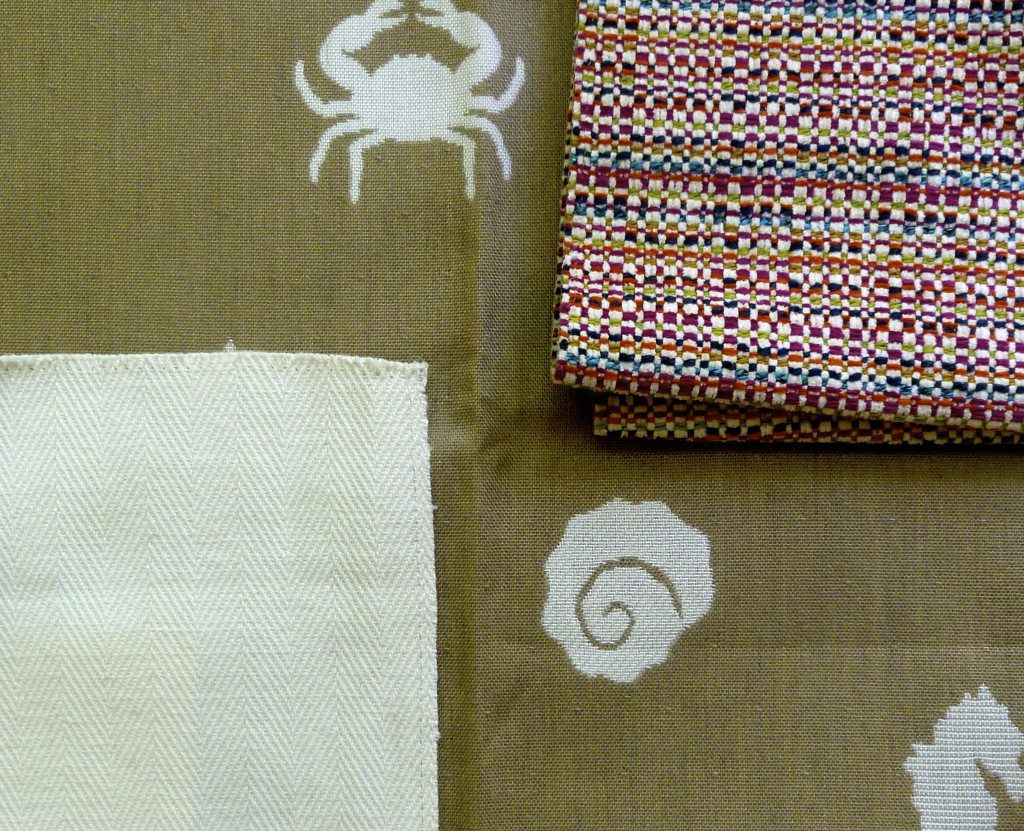 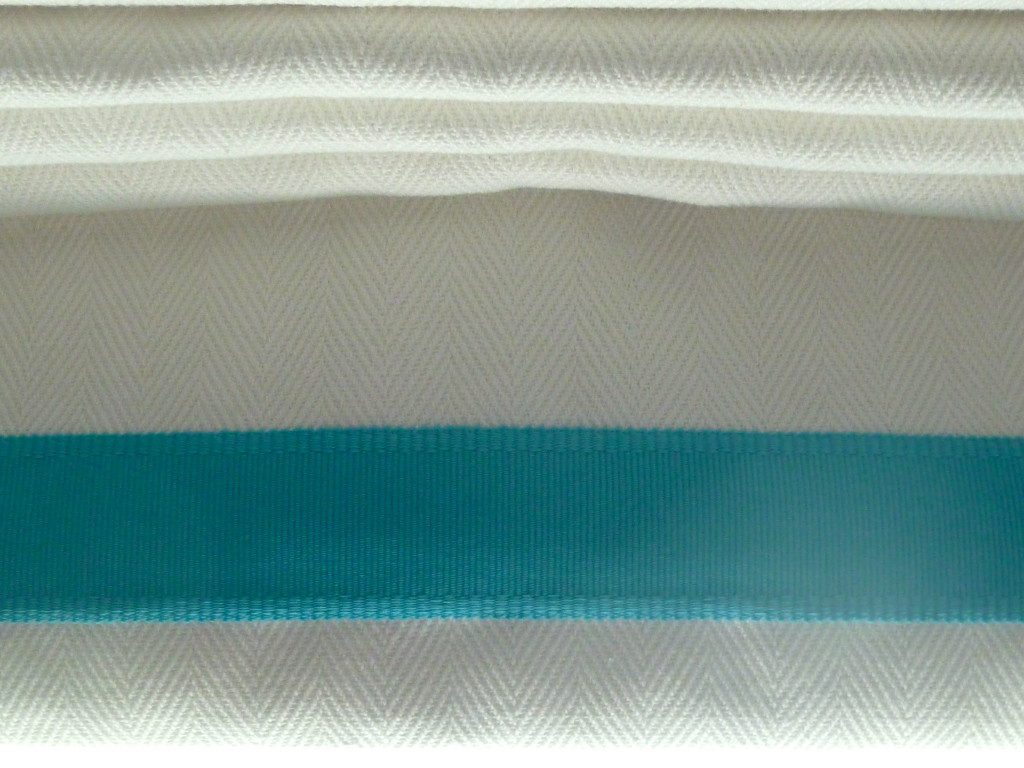 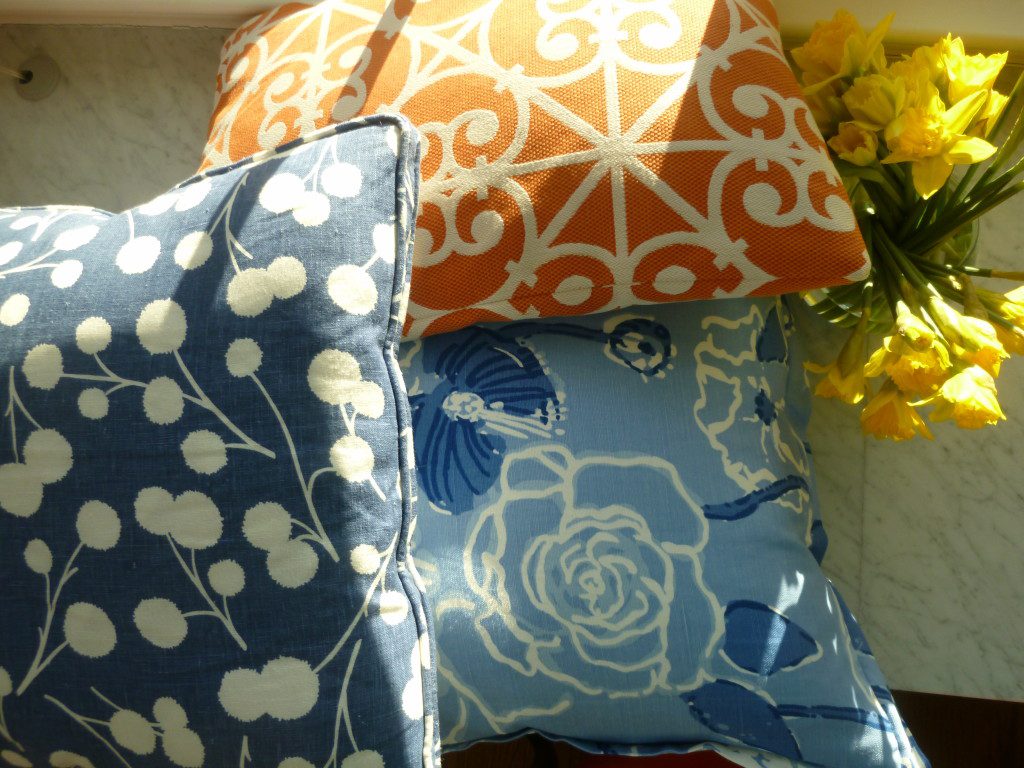 new pillows in a cozy blue and orange office. 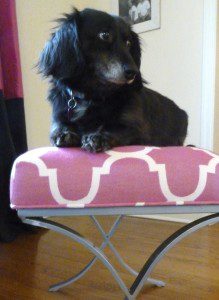 The rest of August = relax. 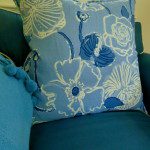 I miss the Rhino!!!! and you of course.. Pink stools are perfection!!! Love how your using more visuals.. OX, Lizanne

Love all the colors – especially that ‘orange phase’…Outstanding!